“ The optimum amount of sugar in a product became known as the ‘bliss point.’ Food inventors and scientists spend a huge amount of time formulating the perfect amount of sugar that will send us over the moon and send products flying off the shelves. ”

Candies, chocolates, cereals, bread, honey, and almost every product you can imagine contain certain amount of sugar. Before thinking about products, even our DNA has a sugar called Deoxyribose. Therefore, we need sugar! If there is no sugar, we don’t exist. However, for this article, the question will be answered from a food science and technology perspective.

Before jumping into the no sugar concept, let us begin with this sweet crystal’s valuable properties used in the food industry since, in this way, we can understand the purpose of adding sugar. When we hear the word sugar, firstly, we think of its sweetness; nevertheless, sugar’s function reaches far beyond its sweetness while playing a crucial role in many sensory and food safety aspects. Without sugar, numerous foods would not exist, either natural or processed (Kitts, 2010). 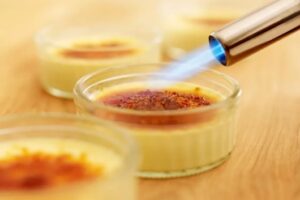 The Maillard browning reaction and caramelization are two fundamental reactions to form color and flavor in several food products. Together, in food science literature, they are known as nonenzymatic browning reactions (Goldfein and Slavin, 2015). Caramelization is a reaction where sugar plays the central role, which means it is impossible without sugar. In reaction, the breakdown of sugars leads to volatile (caramel aroma) and brown-colored compounds (caramel colors).  These colors and aromas depend on which sugar type is used, such as monosaccharide, oligosaccharide, or polysaccharide. The reaction requires at least 120°C, or 9<pH<3, and acids or bases catalyze it. Thus, when food surfaces are very heated, for example, roasting or baking, caramelization occurs (Kroh, 1994). 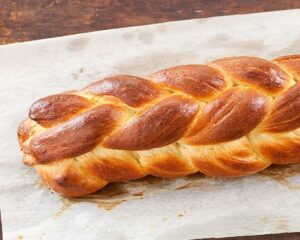 On the other hand, the Maillard browning reaction is more complicated compared to the caramelization. Maillard reaction products can produce visible changes or modifications if the food contains amino acids, proteins, or simple peptides (nitrogen-containing molecules) and reducing carbohydrates. In conclusion, this reaction requires a nitrogen source and a reducing sugar simultaneously, and it can be observed throughout heating, boiling, cooking, or storage. It is very complex due to the coexistence of different reaction pathways. Studies prove that all reactions during the Maillard reaction can co-occur, and they can be influenced by each other (Ruan, Wang, & Cheng, 2018). In other words, the light of these two reactions, which cannot occur without sugar, the wonderful golden-brown color of Crème Brûlée or the crusts of most breads, and flavors you might describe as buttery, or sweet, or nutty, or toasty happen because of this small, sweet crystal.

The incredible rise in the human population necessitates the storing and distributing food items from one location to another. During delivery, food products start to deteriorate and lose their physical and nutritional quality due to the chemical, enzymatic or microbial activities on the food or its environment. To prevent these reactions and activities, food manufacturers use various preservation methods, such as adding sugar. People have used sugar as a food preservative for thousands of years, though originally, honey (contains almost 80% sugar) was used rather than sugar in the form we are familiar with today (Sharif, Mustapha, Jai, Mohd Yusof, & Zaki, 2017). Before explaining the action of sugar, the water activity concept must be understood. 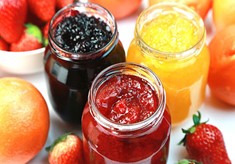 Adding sugar comes into play at this point because it has water-binding ability. The hygroscopic nature of the sugar reduces the amount of water available for reactions and microorganisms that we do not want during delivery. Sugar addition is mostly used in jams, fruit juices, jellies, and sweetened products such as condensed milk.

Sugar performs a significant role in the texture of products, especially bakery products. It tenderizes bakery products by competing with starch molecules and proteins for liquid components in the dough, which prevents overdevelopment of gluten and slows down gelanization. For cookies, sugar affects the spread of dough and forms surface cracking. Besides bakery products, sugar level can also influence ice and crystallization size in ice cream production and other frozen desserts (Goldfein and Slavin, 2015). 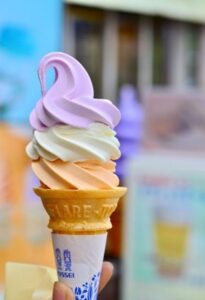 Its ability to attract and keep water decreases the water available for crystallization during freezing and, hence, the freezing point for these frozen desserts drops. Therefore, during processes, manufacturers able to use colder temperatures. This combination of lower freezing point and colder temperatures produces a frozen product with tiny ice crystals, and these small crystals give frozen desserts their delightful soft, creamy texture.

On the other hand, different from the freezing point, a higher amount of sugar increases the boiling point of solutions used to make candies. This increase yields more sugar to be dissolved, which optimizes the final hardness of the candy (Goldfein and Slavin, 2015).

Yogurt, soy sauce, wine, kimchi, sourdough bread, kefir, and numerous other fermented food products occur in the light of an incredible metabolic phenomenon called fermentation.  In fermentation, sugar, our lead actor, is broken down by enzymes of microorganisms in the absence of oxygen, and it turns into organic acids, gases, or alcohol. Fermentation generally occurs in yeast and bacteria. According to Zymology, the science of fermentation, this process has been developed to preserve fruits and vegetables during scarcity or long-distance travel because alcohol or acids act as a natural preservative. Furthermore, when we go to the history of the first researches on fermentation,  French chemist Louis Pasteur, the first zymologist, connected yeast to fermentation in 1857, and he described fermentation as respiration without air (Mani, 2018). With this valuable research, he opened the door to an enormous science and thousands of studies.

Besides, fermentation is also be used to intensify the organoleptic properties. Some foods, such as olives, are inedible without fermentation because it removes bitter phenolic compounds. In addition to the taste and texture effect, fermentation also supports the growth of beneficial bacteria, known as probiotics (Dimidi, Cox, Rossi, & Whelan, 2019), which is why we often hear fermented foods and probiotics terms together, so with such probiotic support, fermented foods can affect our intestinal flora positively.

To summary, unfortunately, sugar has a bad reputation. However, as mentioned in the whole article, if sugar -all types of sugar- suddenly vanish, our life will also vanish like every other breathing life-form on the planet! If we look at from the food point of view, desirable textures, colors, and flavors are not achieved, or products may deteriorate before consumed. Hence, sugar is a compound that is impossible to get out of both our body and our plate, but still, it should not be consumed uncontrolled. We should find a balance in everything, as Michael Moss said.